Today spent some time to customize Atom user stylesheet to display the background image for editor.
Background image is a feature that I expected so much in either TextMate or Sublime.
Now finally I have it in Atom.

Finding the class for each html component is a little bit tricky
My theme is seti-ui. 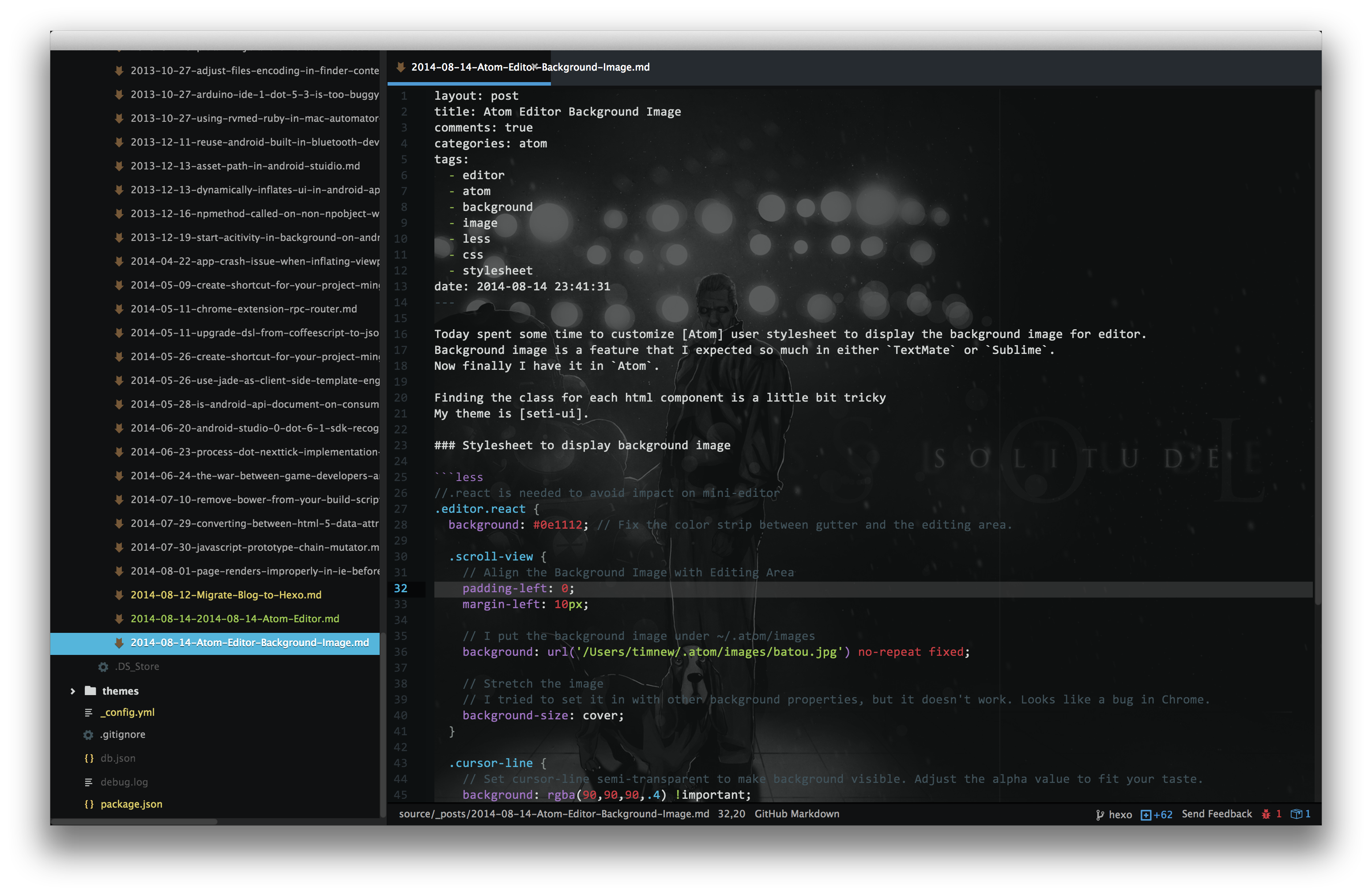 Atom is general purpose text editor brought to us by GitHub guys, which is empowered by the loved Node.js and Chrome.

Someone said Atom is just another clone of Sublime. Well, I don’t quite agree with the saying. I’d like to say Atom learnt a lot from Sublime.
And I’d like to explain why.

I think Sublime itself is a great text editor, powerful to use, easy to learn, ready to be hacked, matured community, tons of plug-ins… almost unlimited possibilities…

But on the other hand, I think, Sublime is too sticky to “Text”. Yes, it is a text editor, but it doesn’t mean everything in the editor could only be text-based.
Implementing custom UI in Sublime isn’t a easy job to do. Benefits from HTML based technologies, Atom has a lot more rich features, CSS3 effects, CSS3 Animations, SVG, and a lot more…

Along with Brackets, C9, Atom is the important candidates of next-gen editors. But among them, only Atom is a general purpose editor.

Since Atom is still in the eary stage, there are a number of flaws and issues in it. Besides these bugs, the biggest problem of Atom is performance.
Loading a several MB text file or thousands pages document will kill the editor in no time. (Atom blocks user to load file larger than 2MB.)

But still, these issues won’t block me from loving it. As a node.js and Ruby developer, it is an awesome companion to my work. ❤️